Weighing animals is extremely important, as it lets us know if they’re healthy or not. Comparing an animal’s individual weight to a set median can not only help determine its weight, but its species and state at the time; it also allows caretakers to determine the amount of food, water, medicine and exercise they should receive. However, there is much more to weighing animals than having them step on a scale.

While some animals are tranquilized and put on weighing scales once they’re not moving (do you want to wave salmon at the wild bear you have to check on?), many animals are fully conscious and not always cooperative. How does dynamic weighing account for excited dogs or naughty monkeys? The balance works out an average weight based on the force exerted by the animal over an extended period of time. Once the internal calculation is completed by the balance, it will hold the value. This way, even if the animal fidgets or moves around, it can easily be weighed. It also means the animals do not have to be restrained (or not as much), reducing stress for both the animals and their handlers. Of course, dynamic weighing is not just for animals. It is a feature often used to measure liquids as well.

#2 You need a tough scale

Whether you’re in a laboratory weighing small rodents, or a vet who only deals with family pets, you need robust animal scales. Something that resists animal waste and numerous cleanings daily, claws, dirt, dust, even water, and of course, shock protection. 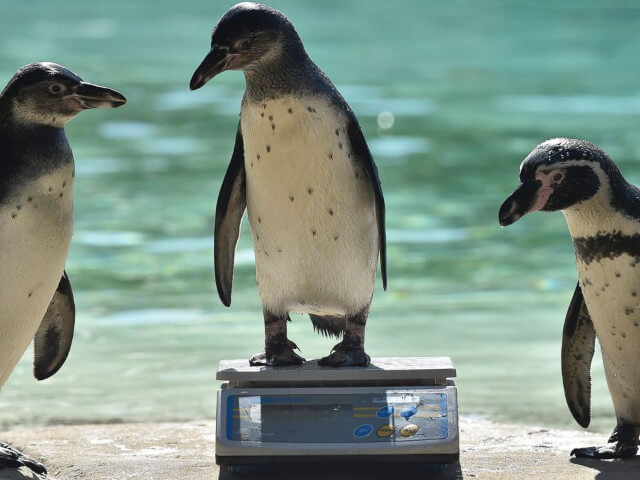 Animals will likely leave a bit of a mess after being weighed. The scale has to resist this. Stainless steel scales are rust-resistant and easy to wipe-down. Usually the pan can be removed so that any dirt that may have accumulated can be cleaned. A zoo or farm might have to weigh animals who live in a more natural habitat, making a washdown scale the right choice. Washdown scales are IP66 rated and can be hosed down after each use.

In the case of farm animals, it is likely that multiple sheep, pigs and other livestock will be required to be weighed at once, pallet beam scales can be combined with cattle crushes to create custom cattle weighing scale.

Animals may jump, pounce or fall, so the load cells must be able to handle a lot of shock. Shock protection features are worth considering for high-precision weighing instruments such as top pan precision balances.

And of course, a scale may need to be moved around within a vet’s office, a zoo, or may need to be carried by a mobile groomer.  Bringing a scale to various places is made easier with a portable scale. Portable scales that require batteries can be used virtually anywhere. A carrying case will also be useful in certain applications.

#3 You need a few different scales

While some specialised places might get away with a single vet scale for a single animal, a zoo, aquarium or a veterinarian facility will most likely need different types of weighing scales. Tigers and rabbits have very different weights, and using the same giant platform for an ox and a marmoset is decidedly inconvenient. Some animals start as very tiny babies and grow up to be giants, so even for individual species,it’s important to keep the animal’s growth in mind. Low platform scales are a favorite for big animals since they take less work to get them on the scale, while meerkats are perfectly happy to climb or hop on smaller variants such as a bench scale or compact scale. Smaller animals and bugs need precision scales that can accurately measure their small frames, while giraffes or hippos will challenge the toughest platforms or pallet beam scales. 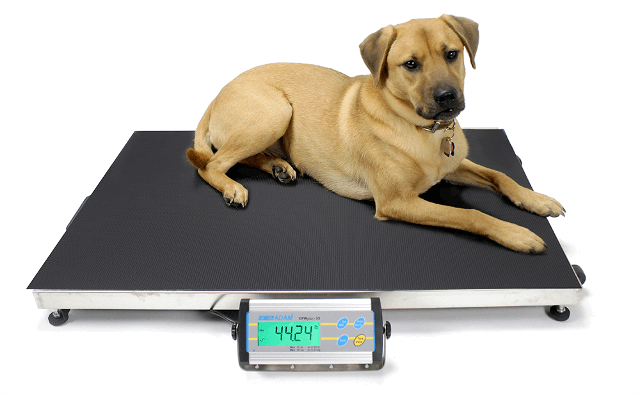 #4 There are many ways to get animals on a scale

Depending on the animal and its temperament, getting it on a scale might take some coaxing. Some animals, like small penguins or monkeys, can be bought with treats, while others simply need gently handling towards the scale. Monkeys can be tough: because of their speed, they might snatch their treat faster than the scale can measure them! The animals have to get used to the equipment and are trained in order for the weighing process to go smoothly. For example, putting food close to the scale can incite animals to go close to it and be in frequent proximity. The animals need to be shown the equipment is not a danger to them and feel familiar with the weighing process to make sure they don’t get overly stressed. Penguins are trained to jump on the scale with fish as a treat. Some animals need a perch or a recipient that must be tared, while others should be held by a trained handler whose weight will be tared; that means that even if the animal is small, the scale might need a higher capacity to account for the extra weight that will be tared.

In the wild or if the animal is injured, it might be necessary to sedate them and put them on a scale to avoid injuries. You’ve probably seen pictures of owls wrapped in blankets to make sure they stay still and don’t fly off while on the scale. Some baby animals are wrapped in blankets as well to ensure their comfort and warmth during the weighing process while others are placed in recipients to make sure they don’t slip off the scale. Cats, rabbit and guinea pigs are also held in blankets if they are stressed. Occasionally, animals have to be held and restrained (dynamic weighing can’t help if the cat jumps off the scale!) to prevent injuries and soothe them. If you’ve ever had to hold a pet while brushing or washing them, you know what that’s like. Scientists weighing wild polar bears not only have to tranquilize them, but build hoists to get them on the scale. Overall, quite a lot of work! 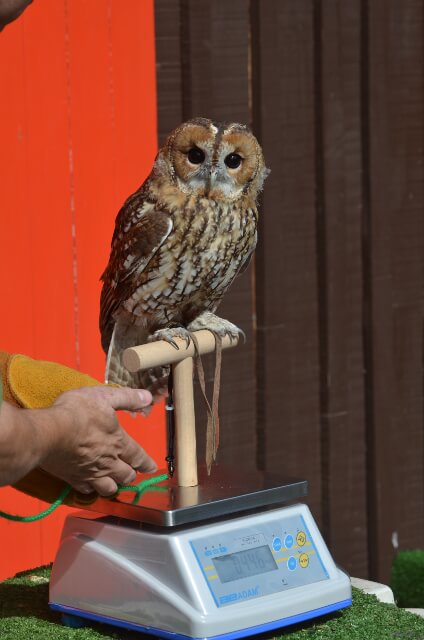 An animal’s weight alone doesn’t mean much without knowledge of what it may indicate. Knowing what range the animal should be in is essential. There are often factors to consider (e.g. an animal who just had a litter might be underweight) in order to analyse the data correctly. If a bear just woke up from hibernation, its low weight should take that fact into account, otherwise the data is likely to be misinterpreted. If an animal was recently injured, the change in weight as time goes on should indicate its recovery.

And the context of experiments can change things, such giving the animal medicine or testing a new brand of food. Weight is a key factor for veterinarians who have to dose medicine for animals. People who weigh animals must account for a wide variety of factors that give the measurements their meaning. It can even help us determine mood: some animals will not eat when they are depressed. Humans are no different: when determining an individual’s health, 200 pounds of fat is very different from 200 pounds of muscle. You need more than just weight to ascertain what it means.

Also, maintaining records of past results can help scientists, veterinarians, zookeepers, and owners to determine or predict trends. It can be anything from checking that a puppy is growing steadily to studying the effects of deforestation on the weight of a wolf pack. Some digital weighing scales and balances offer software like Adam DU that keeps track of multiple weighing sessions and scales to allow for quick data sorting, graphing and analysis. This can be a great tool to keep track of animals who will be cared for a long time and keep track of trends affecting specific individuals. Much easier than writing notes down while a capuchin tries to steal your pen! 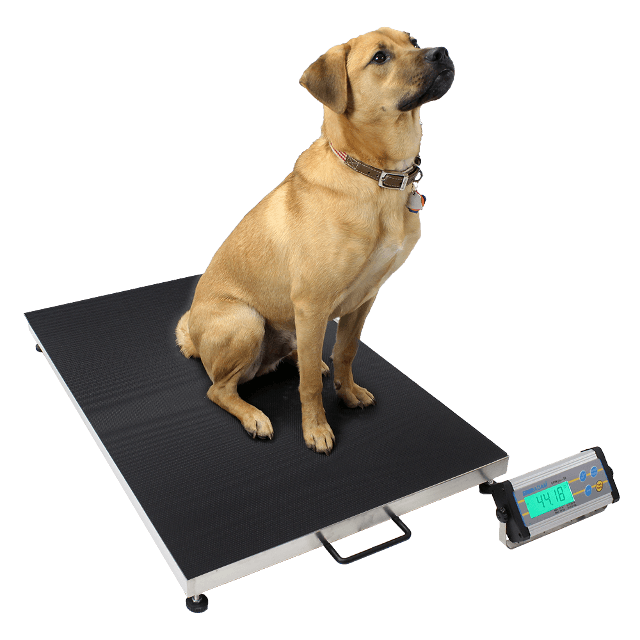 Whether you're a veterinarian, a scientist or a pet lover, Adam Equipment has you covered with a wide variety of veterinary scales, pet scales and animal scales capable of dynamic weighing. Browse our selection, and feel free to contact us with any questions.